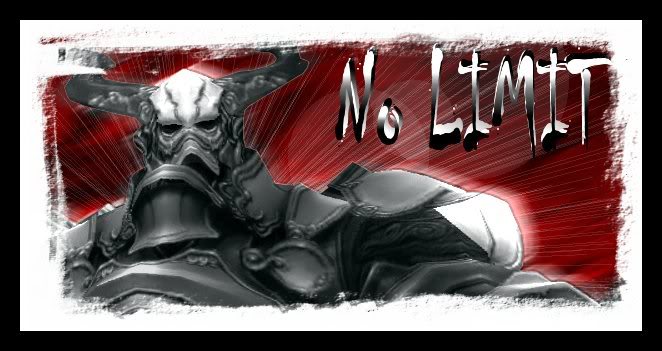 Previous Linkshell(s): In terms of social LS GODS but that was merely
a shell where my xbox buddies hung out. Other than that I was in Sapientesomega back in Remora server. It was a social/endgame LS.
Reason(s) for Leaving: Reasons for leaving GODS...well. We figured we needed an active shell
and didn't feel like recruiting ourselves. As for Sapientes well, I changed servers. lol
Referring member and NL members you know: Referred by Darkseedx and Osyaris who were in GODS as well.
Not sure who is all in the shell but I'm sure I've partied or come across a few members before. I'm not exactly too social so ....yeah.

Goals: Not too much honestly, I'm really wanting to get gear for Blu because AH has little to nothing for great gear for it sadly. I'm looking to acquire the relic Body and Legs for Blu so far.

Endgame Experience: I've done numerous Nyzul runs if those count. Had sky a couple times back in Remora. Also had Dynamis a handful of times in Remora but stopped because of greedy leaders who kept robbing LS banks.

Dynamis Win's you have : Just Jeuno so far

Notable Gear: On Drk I have Full Plastron (excluding head) Moliones' Ring/Scythe, Sam has Fuma Sune-Ate, Shinimusha Haidate (if that is considered "notable") and a Rindomaru with Acc+4 Store Tp +10 and WSAcc + 8. Blu has not so much besides a few Cobra pieces from campaign; though my Blu is nearly fully merited.

Special skills: Irl or in-game lol? In-game I suppose I've saved parties' asses by kiting at unexpected times like in Crawler's Nest lol and coming up with quick solutions to links and whatnot. idk...I just do what I can. Outside the game...I can cook a mean lasagna lmao not sure if that matters. xD I'm very respectful unless provoked and pestered....I have a good amount of patience. I can be dedicated as long as promises are kept and I'm not vulgar. ^^

Any more in-depth questions about me, simply ask.